Curtis Silver , Contributor Writing on Consumer Tech & Social Media with a satirical, cynical edge Opinions expressed by Forbes Contributors are their own. 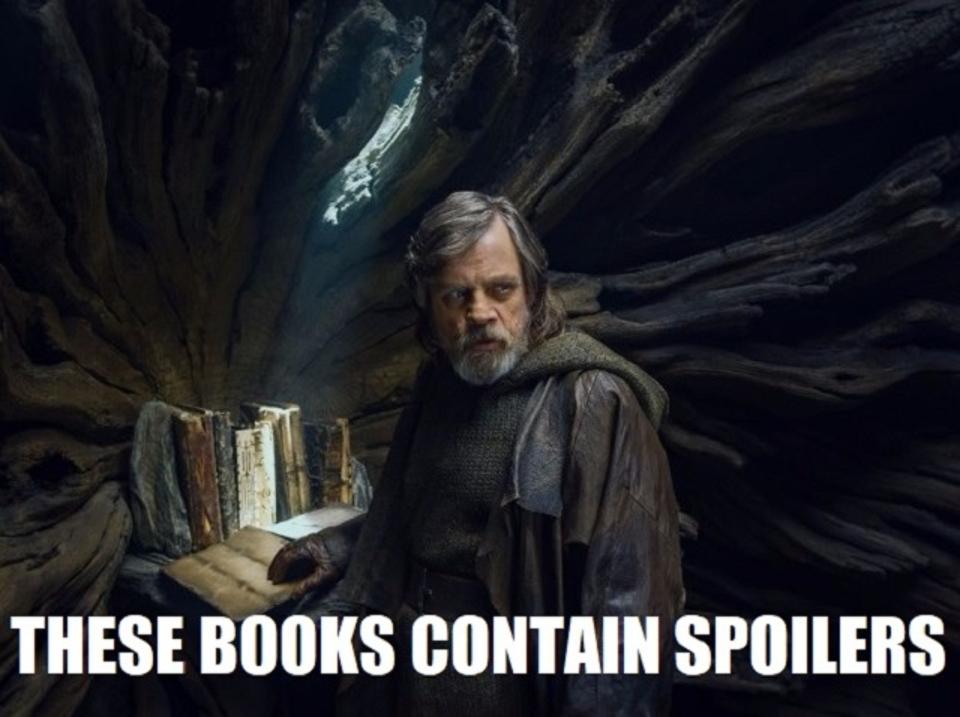 If you have not seen Star Wars: The Last Jedi and hate spoilers, do not read the following.
Seriously. These are real spoilers for Star Wars: The Last Jedi and not spoilers I made up. If you read these spoilers you silently promise to not leave nasty comments going on blast about spoilers. If you want to read a spoiler-free review of the movie, this is not the place you want to be. Go read this one instead. You will be warned multiple times.
There is a method to my madness.
I don't go to the movie theater often. Every once in a while I'll take my younger kids to a movie, but that's about it. I think the last good movie experience I had was Die Hard 4 and even then I had to admonish some teenagers for being annoying. The truth is, I see movies much later than when they are released. So, in order to stay in conversations about said movies, I rely on movie spoilers to pretend like I've kept up with the movie mythos. I know about Marvel movie after-credit scenes months before I actually see the movies.
There have got to be others like me, who were also the last to see Star Wars: The Force Awakens. There are probably at least thousands of us, not wanting to be the first to rush out to the theater, but also wanting to maintain our current knowledge of the canon so we can mask our social anxiety with movie trivia. Meanwhile, the public shame that comes along with revealing spoilers makes it harder to accumulate proper spoilers. Thankfully, I feel shame like a wet sock feels rain.

With social media, it's almost impossible to avoid spoilers (hence all the warnings here) and for someone that wants to find spoilers, it can be just as difficult. Searching random tweets, begging people on Facebook to post spoilers and reading 100 spoiler-free reviews looking for a slip up is tiring. Sometimes I just want to read all the spoilers before Twitter is blowing up telling me not to read the spoilers.
This is the last paragraph before spoilers. I am not kidding.
That should be enough blocking paragraphs. I have not seen Star Wars: The Last Jedi and probably won't until it's on Netflix (or Disney's own streaming service) in six months or so. So these are not only actual spoilers for the movie, but my only way to keep up with the rumors, speculation and conversation that is going to surround the Star Wars universe and fan base until I actually see in the movie. I knew Han died before I saw the last movie, it didn't affect my viewing of the film because it was a well done movie and entertaining. I don't like surprises. Surprises give me anxiety.
These are actual spoilers so do not read if you don't want spoilers for Star Wars: The Last Jedi.
How do I know these spoilers are real? I talked to someone who just saw the movie. Is this person lying to me and these spoilers are BS? How dare they! Here we go.
Rey is a nobody. This has been the biggest discussion point among fans since the last movie. Who are Rey's parents? Is it Luke? Is she Ben Solo's sister? Is she somehow related to Obi Wan? Nope. Turns out for now she's just some random space junk planet baby who was left behind. She spends a good part of the movie questioning who her parents are, even Kylo pushes her to believe that there is nothing special about her lineage, that she doesn't belong in the story. Her parents stepped off planet for some smokes and never came back. Yet, for some reason I don't believe that's the end of the parental story for Rey, even if some kid at the end picks up a broom with the Force showing that the Force is growing or just something random like Anakin's story.
Rey and Kylo Ren have a major telepathic connection. Oh yeah, this is the reason I don't buy the stall on Rey's parentage. Rey and Kylo have a crazy strong telepathic connection. Like, they've got to be related or something right? Or perhaps they just both swiped right on Jedi Tinder and Star Wars is about to turn into an opposite attracts rom-com. They eventually touch hands, but not in the same place. It's some new mystical Jedi stuff we've never seen before (thanks to Snoke).
Leia doesn't die. We knew this, because upon Carrie Fisher's death we knew that she had filmed scenes for the next two movies already. Kylo does attempt to kill his mother to check off that box (even though he is wrought with guilt over killing his father) but when he is unable to kill her, she's blasted out into space anyway. She lives because apparently, she had a space Force field and flies herself back to safety.
Yoda returns. As we saw at the end of Return of the Jedi (that confusingly was altered to show a young Anakin even though he died much older) Qui-Gon Jinn's training on becoming a Force spirit holds strong. Rey heard Yoda when she touched the lightsaber in The Force Awakens. In The Last Jedi, Yoda appears as a Force spirit, but with some physicality in order to admonish Luke for still not understanding what the Force really is. Yoda and Luke destroy the ancient texts, bro hug and Yoda goes back to the Force spirit world.
Luke dies. Like we didn't see this one coming. While Han was a bit of surprise, Luke dying was probably something we all predicted. Apparently Mark Hamill is more Mark Hamill than ever before, living on his little cynical island as a Jedi hermit. Rey finally gets him to talk, but not before expressing some concern about Rey's abilities. In the end, Luke projects himself through some Force tech in order to fight Kylo (while remaining on his little island) which destroys him physically and like the Jedi masters before him, fades into nothing but a cloak and becomes a Force spirit.
Snoke dies. Rey finally gets to meet Snoke, with Kylo as her date. Snoke and Kylo have some back and forth, some emotions are shed and Kylo ends it with a lightsaber through Snoke's gut. Then Kylo and Rey fight side-by-side against the Imperial Guards. After they fight together they try for a moment to convince the other to join their side of the force. This doesn't work and they part ways. Kylo takes the crown from Snoke and is now the Supreme Leader of the First Order. Or maybe the Second Order.
Finn and Poe do things too. Finn gets a new partner and she's a badass (played by Kelly Marie Tran). She lives. Poe leads a mutiny against Vice Admiral Amilyn Holdo (Laura Dern) because she's a tad incompetent.
My anonymous source also declared Rian Johnson a god and that the space battles were better than ever before. Chewbacca was there too, roasting a Porg. No actual Porgs were harmed in the making of this film. Now I can comfortably join in on every single Star Wars conversation until everyone starts talking about the next Avengers film.
D

I only recognise the original 3 movies
R

Ok, I watched all of them

I only recognise the original 3 movies
Click to expand...

The new ones are "okay". Not a big fan of them - but they kind of entertained me...
R